We, civil society groups in the United States, South Korea, and around the world, urge the governments of the ROK (Republic of Korea, aka South Korea) and the United States to suspend the combined military exercises and to instead actively pursue a path to peace. We are deeply concerned about the recent increase in military tensions on the Korean Peninsula. The ROK, the DPRK (Democratic People's Republic of Korea, aka North Korea) and the United States should take steps toward sincere dialogue and cooperation, not military actions.

Without a peaceful resolution to the Korean War, we have witnessed increasing militarization on the Korean Peninsula for seven decades. The US-ROK combined military exercises, which prepare for an all-out war with North Korea, have developed into large-scale exercises that mobilize considerable weapons, equipment and US troops on the Korean Peninsula. In recent years, these war drills have been based on operation plans that reportedly include preemptive strikes and “decapitation measures” against the North Korean leadership. They also have involved the use of B-2 and B-52H bombers, which are designed to drop nuclear bombs, and nuclear-powered aircraft carriers and submarines. While the United States and South Korea have called them defensive in nature, these military exercises have long been a trigger point for heightened military and political tensions on the Korean Peninsula due to their scale and provocative nature.

Efforts toward reconciliation and cooperation at the governmental and civilian levels between the two Koreas and the US and North Korea have failed to build trust due to the vicious cycle of military provocations. While the leaders agreed on the peaceful future of the Korean Peninsula at the inter-Korean summits and the first US-DPRK summit in 2018, the US and the ROK then resumed the suspended US-ROK combined military exercises after no deal was reached at the US-DPRK summit in Hanoi in early 2019, and the US imposed additional sanctions against North Korea. North Korea, condemning the US hostile policy and military threat, resumed missile tests and recently ended its self-imposed moratorium on nuclear and ICBM tests. Without further efforts to implement the agreements between the leaders, including establishing new relations, resumed military actions could have disastrous consequences.

We want peace talks, not war drills and military confrontation. In particular, we urge the Biden administration to resolve the root cause of the conflict between the United States and North Korea — the unresolved Korean War. Continuing to rely on isolation, pressure, and threats to force North Korea’s unilateral denuclearization is a recipe for failure. Now more than ever, the US has a responsibility to pursue peace and show that responsible nations resolve differences through diplomacy, not by increasing tensions and relying on military escalation. We urge the Moon administration to uphold the commitments made in the Panmunjom Agreement, in which the leaders of the two Koreas agreed to defuse military tensions and eliminate the risk of war on the Korean Peninsula, and suspend the upcoming US-ROK joint war drills.

Suspending these costly and highly provocative military exercises will be a crucial step toward restarting genuine diplomacy with North Korea. It will allow all parties to address other intractable global issues facing our nations today, such as the climate crisis, the COVID-19 pandemic, nuclear weapons, and war. Now is the time to change direction from military confrontation and pressure toward cooperation, reconciliation, and peace. 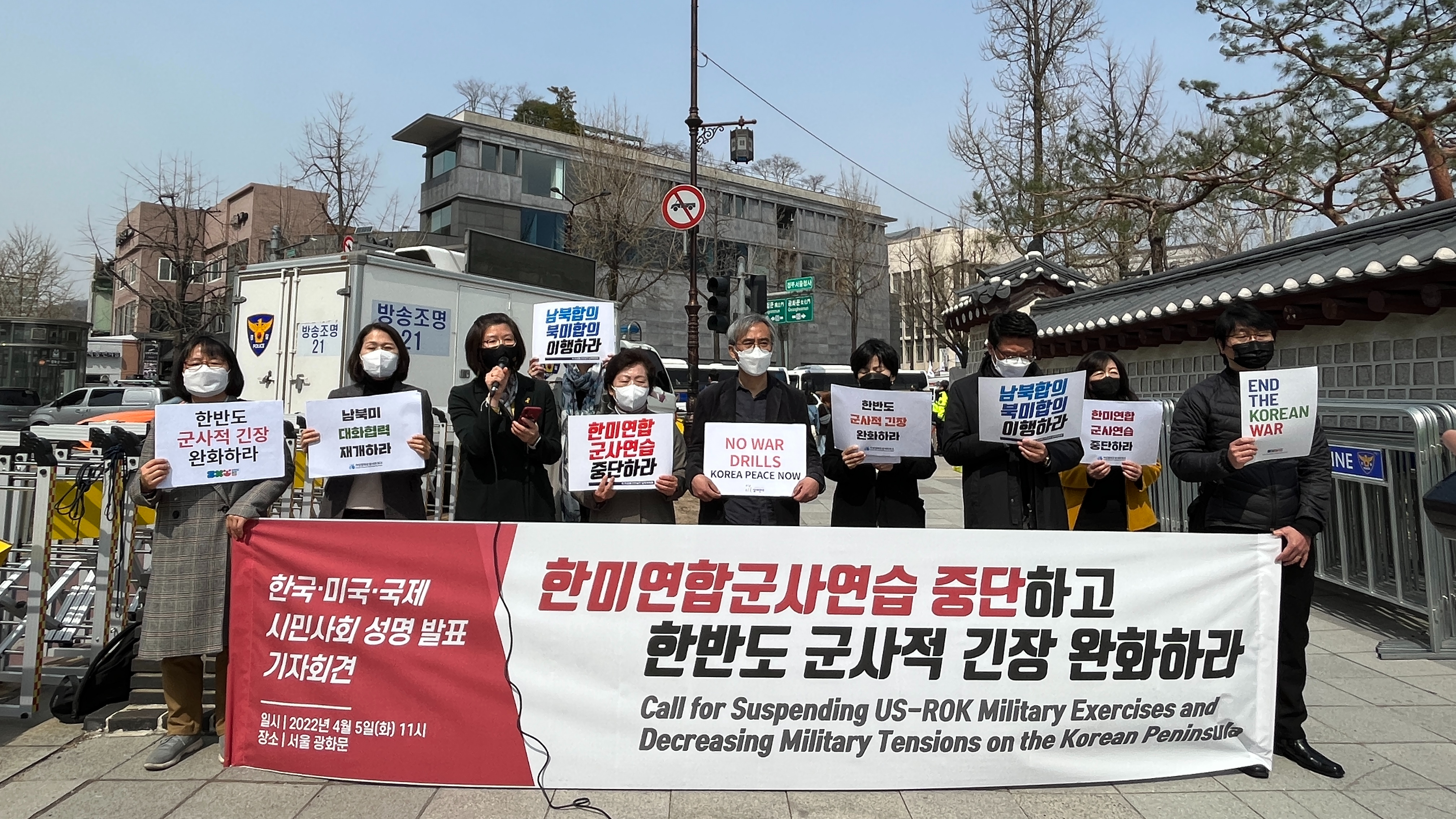 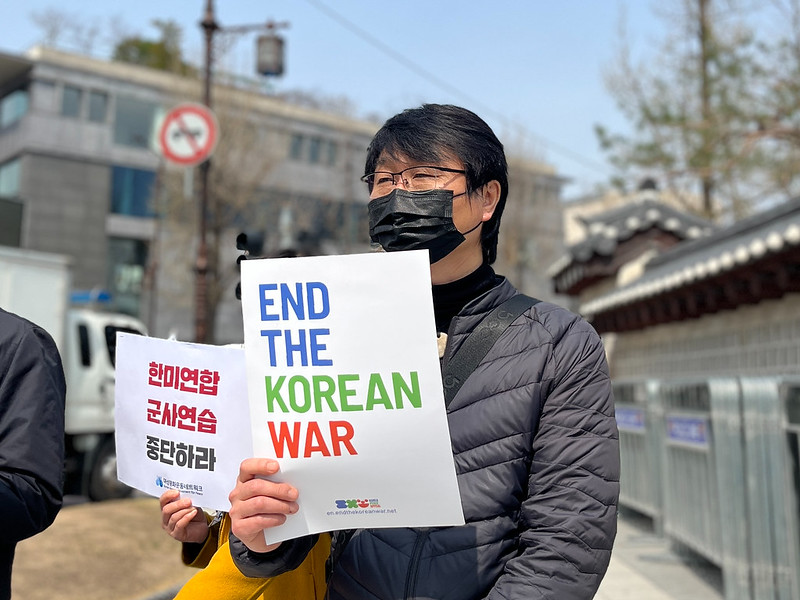