💌 Letter to the UN Secretary General for Korea Peace

We sent a letter to appeal to the UN Secretary General, to take three concrete actions that we believe will significantly contribute towards achieving lasting peace on the Korean Peninsula. 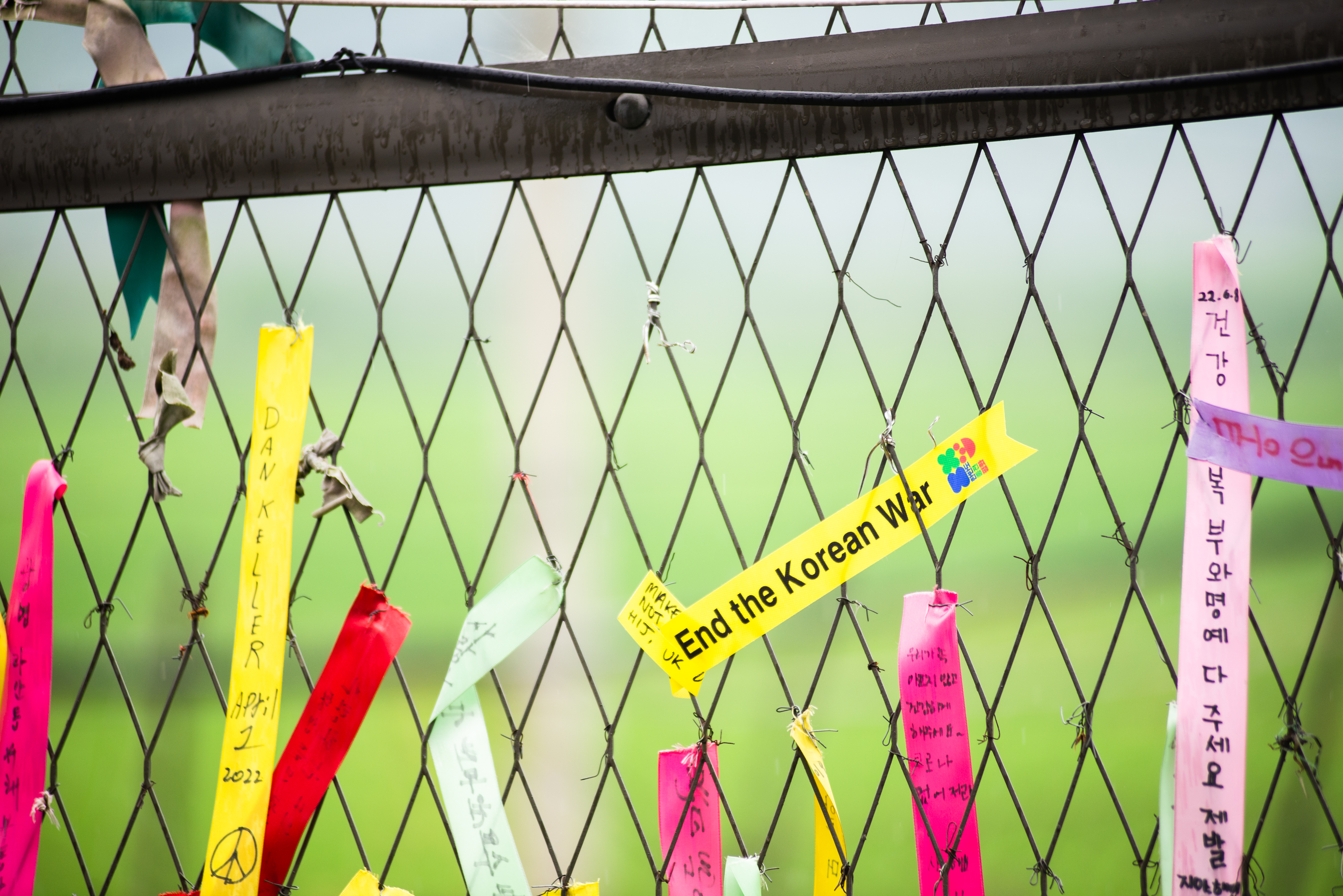 Re: Appeal for Your Support for Peace on the Korean Peninsula

We are writing on behalf of the Korea Peace Appeal Campaign, which includes over 450 civil and religious organizations in Korea and around the world, calling for an official end to the Korean War and signing of a peace agreement prior to the 70th anniversary of the signing of the Korean War Armistice Agreement. We are appealing to you, Mr. Secretary-General, to take three concrete actions that we believe will significantly contribute towards achieving lasting peace on the Korean Peninsula.

In 2018, the leaders of the Republic of Korea (ROK), the Democratic People's Republic of Korea (DPRK), and the United States pledged to lay the foundation for peace and prosperity on the Peninsula by opening a new chapter in US-DPRK and inter-Korean relations. However, due to the continued policies of confrontation and pressure which fuel mistrust, negotiations have lost steam, and without engagement and dialogue, the threat of conflict looms over the Peninsula. Thus, we launched our international people-powered campaign.

For more than 70 years, Koreans have experienced conflict, tension, and suffering due to the division of the Korean Peninsula. Since the signing of the 1953 Armistice Agreement indefinitely paused the war, countless families have been torn apart and unable to return to their hometowns and see their families, many forced to scatter and live all over the Peninsula and the world. As hostile relations between the two Koreas and between the United States and the DPRK continue, trauma from the war has festered, propagated, and manifested into antipathy and contempt among younger generations that have not witnessed war first-hand. Our goal is to bridge this rift that has torn our people apart by bringing an official end to the Korean War and promoting peace on the Peninsula.

As we approach the 70th anniversary of the Armistice Agreement, the Korean Peninsula has become a region of dangerous arms race. Anti-personnel landmines, now banned by the international community, continue to be tolerated in Korea. The US military, equipped with high-tech weapons including nuclear weapons, continues to station 28,500 troops in South Korea. The ROK, rising to the rank of number 10 in military spending, has become a major arms exporter to conflict zones around the world. The DPRK continues to develop its nuclear programs as a means to balance against the growing military capabilities of the ROK and the United States. The unresolved conflict on the Peninsula is fueling a vicious regional arms race. Not only has the unresolved Korean War justified massive investment in the military instead of in people’s welfare in both North and South Korea, it is used by both governments to rationalize limiting individual freedom and rights under the guise of national security. Consequently, this unending war takes away the possibility of a better life from all those living on the Peninsula. That also includes the people of North Korea who must live under the weight of sanctions.

Violence begets greater violence, isolation has led to more hatred, and pressure has provoked more violent backlash. 70 years is enough. The state of armistice must now be replaced with a state of permanent peace.

In recent years, we witnessed the strikingly disproportionate and asymmetrical impact of the COVID-19 pandemic and the global climate crisis, and we are deeply concerned that this inequality will generate and amplify anxiety and fear, hatred and contempt, eventually manifesting in large-scale physical conflict. We are also deeply worried about the recent national-level competitions for hegemony and grappling for access to rare resources and technologies, which divides the world into camps and causes armed conflicts and military buildup. We believe in the urgent need to concentrate all efforts on resolving the underlying causes of these crises and seeking measures to achieve global coexistence.

Without an end to this limbo state, the complete denuclearization and the establishment of a peace regime on the Peninsula remain elusive. A shift from armistice to lasting peace on the Peninsula can shift the drive for hegemony among the powers in East Asia from competition to cooperation, which will be instrumental to contributing to world peace.

It is with this historical and political understanding that we humbly request your active role in bringing about the official end of the Korean War and peace on the Peninsula.

First, we urge you as the UN Secretary General to facilitate the resumption of talks among the relevant parties to the Korean War: the ROK, DPRK, United States, and China. We remember December 2017 as a watershed moment when the Under-Secretary-General for Political Affairs visited the DPRK and played an important role laying the foundation for dialogue. We urge you to take a leadership role and help create the conditions for the parties to come to the table for dialogue.

Second, we would like you to support our campaign by signing the Korea Peace Appeal to replace the armistice with a permanent peace before its 70th anniversary. Your support will encourage people around the world to pay attention to the root causes of the Korea crisis and break ground for establishing peace on the Peninsula and in East Asia.  For your review, we have attached documents about the Korea Peace Appeal.

Lastly, we call on your office to coordinate a thorough investigation of the UN Security Council’s sanctions on the DPRK, particularly the impact on humanitarian aid efforts and on the lives of civilians, and to give recommendations to alleviate the negative impacts. We appreciate the UN’s efforts to ensure that sanctions do not impede humanitarian efforts. We believe your investigation and recommendations will not only provide important insight to the international community concerning the impact of sanctions upon the lives of the North Korean people, but can be an important step towards improved relations with the DPRK. The United Nations has never been better positioned to boldly engage the DPRK amidst the COVID-19 pandemic and climate crisis.

There is a stark fork in the road; one way that returns to the Cold War, or the other that leads to reconciliation and peace. There is no more urgent time than now for your leadership to help advance peace on the Korean Peninsula for peace in our world.

We look forward to your prompt and meaningful response.