On 27 October 2022 (Thursday), 704 religious and civil society organizations across the nation including the Korea Peace Appeal Campaign and the South Korean Committee for the Implementation of June 15 Joint Declaration held an Urgent Press Conference on the Crisis on the Korean Peninsula: The military action provoking war must stop. 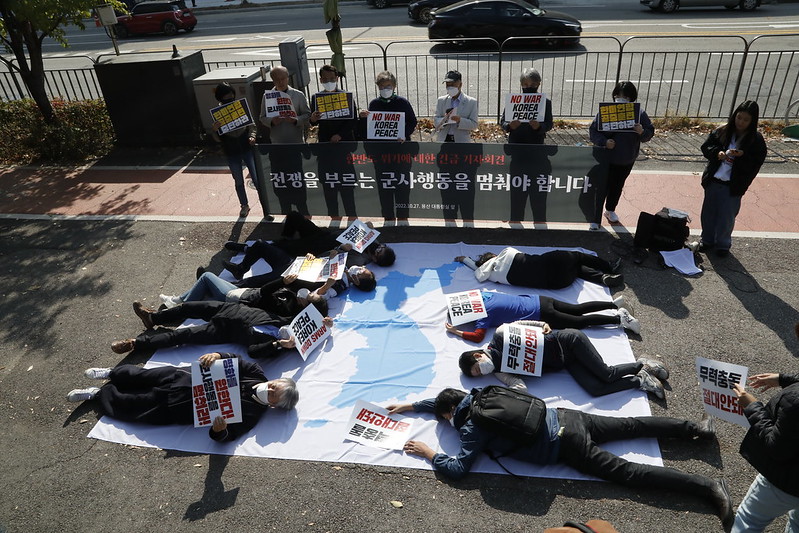 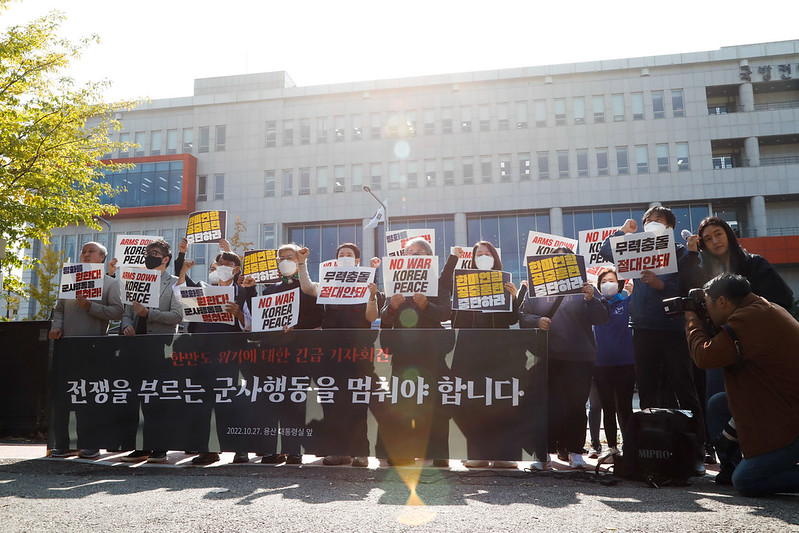 Press Conference Statement on the Crisis on the Korean Peninsula

We are here today in a great sense of crisis. The word ‘war’ feels closer than ever. Tensions are rising like never before as the military exercises of South Korea, the US, and North Korea continue for days. While neither the Panmunjom Declaration nor the Singapore Joint Statement has been properly implemented, even the 9.19 Inter-Korean Military Agreement is at stake. An accident also happened in this strained atmosphere; a missile dropped in Gangneung during the military exercise of the South Korean army made residents shake with anxiety throughout the night.

The once-downscaled ROK-US joint military exercises were re-conducted on a large scale in August. Moreover, the deployment of the US Force’s strategic assets such as nuclear-powered aircraft carriers and the ROK-US-Japan joint military exercises were also enforced. Accordingly, North Korea's response is getting tougher. Following South Korea's Hoguk field training exercise and RSOI (Reception, Staging, Onward Movement & Integration) exercise by South Korea and the US, the Vigilant Storm is set to begin on 31 October which is a major ROK-US combined air drill to simultaneously strike hundreds of North Korea's strategic sites, deploying 250 aircraft including F-35A jets of South Korean army and USFK as well as F-35B jets of USFJ. This exercise can be the beginning of a bigger crisis.

Dangerous force operations have been repeated, keeping the safety of all lives on this land as collateral, but there is no exit in sight. At this rate, an unexpected armed conflict might occur due to a momentary lapse and war becomes a reality. If the military crisis and unstable situation continue, it will significantly affect society and the economy at large. Amid the chaotic international order and an intensifying arms race, diagnosed as the New Cold War, it is difficult to predict what risks the crisis on the Korean Peninsula will lead to. The most urgent thing now is to escape from a flashpoint.

South Korea, North Korea, and the US must immediately stop any military action aggravating military tensions on the Korean Peninsula. In particular, the large-scale ROK-US joint military exercises should be canceled. Despite the inter-Korean and the DPRK-US agreements made in 2018 and North Korea’s suspension of nuclear and missile tests, South Korea and the US have not stopped military exercises, arms build-up, and sanctions against North Korea. After no deal had been made at the Hanoi summit, negotiations were eventually suspended. The breach of commitments and the failure of the talks caused today’s crisis. We must soberly recognize that hostile policies and force operations only worsen the vicious circle and can never be a solution. What is needed is realistic measures to ease military tensions and shift to a dialogue phase.

War doesn't break out all of a sudden. We firmly insist that the military action provoking war must stop. We reaffirm the fact that there is no other way but to stop the hostilities and return to the spirit of the Panmunjom Declaration and the Singapore Joint Statement. If we stop now, the crisis can turn into an opportunity. Let's never give up hope for peace on the Korean Peninsula. 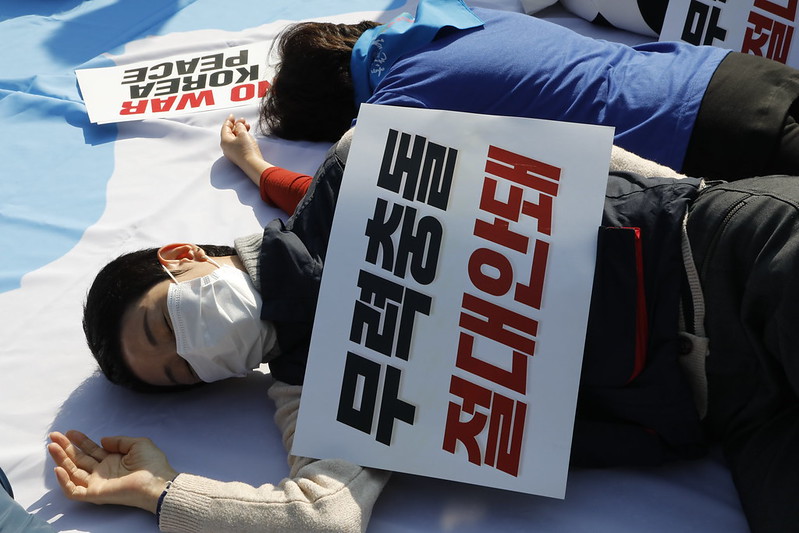 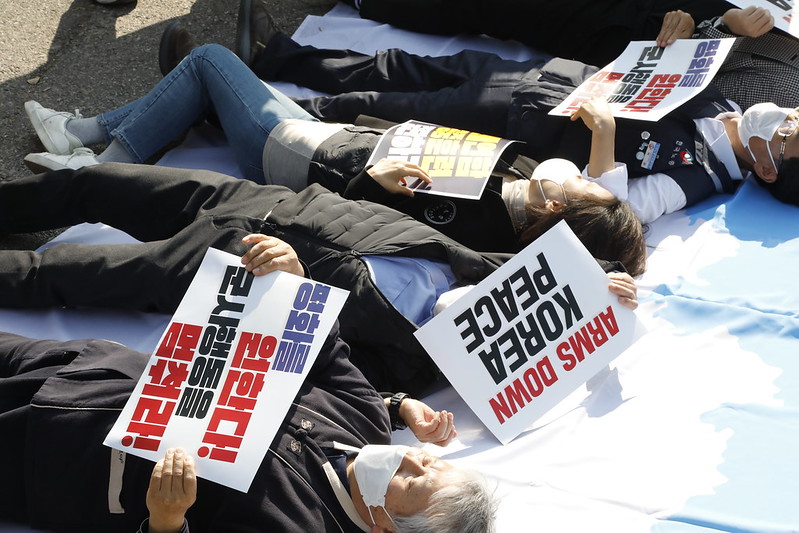