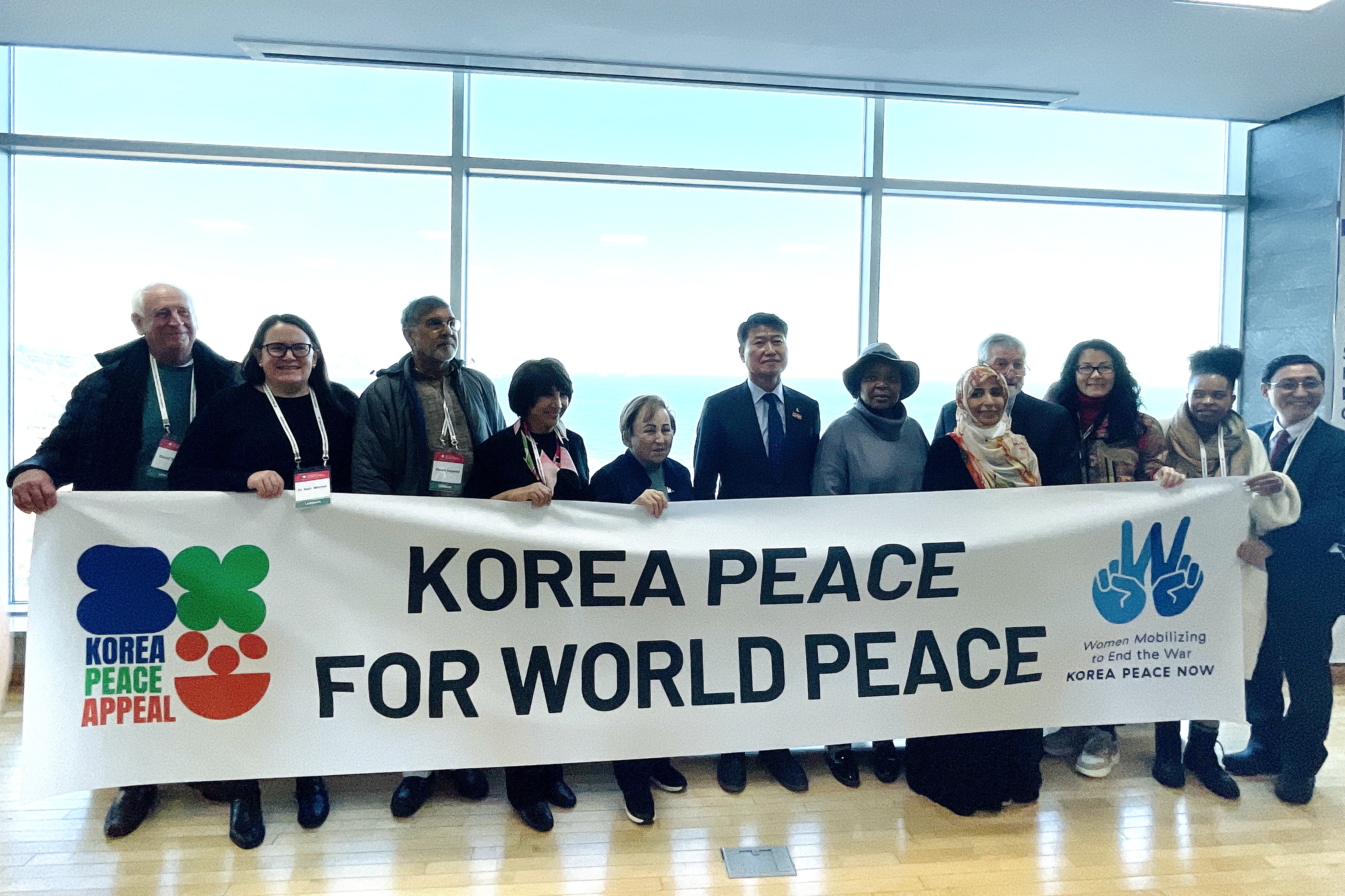 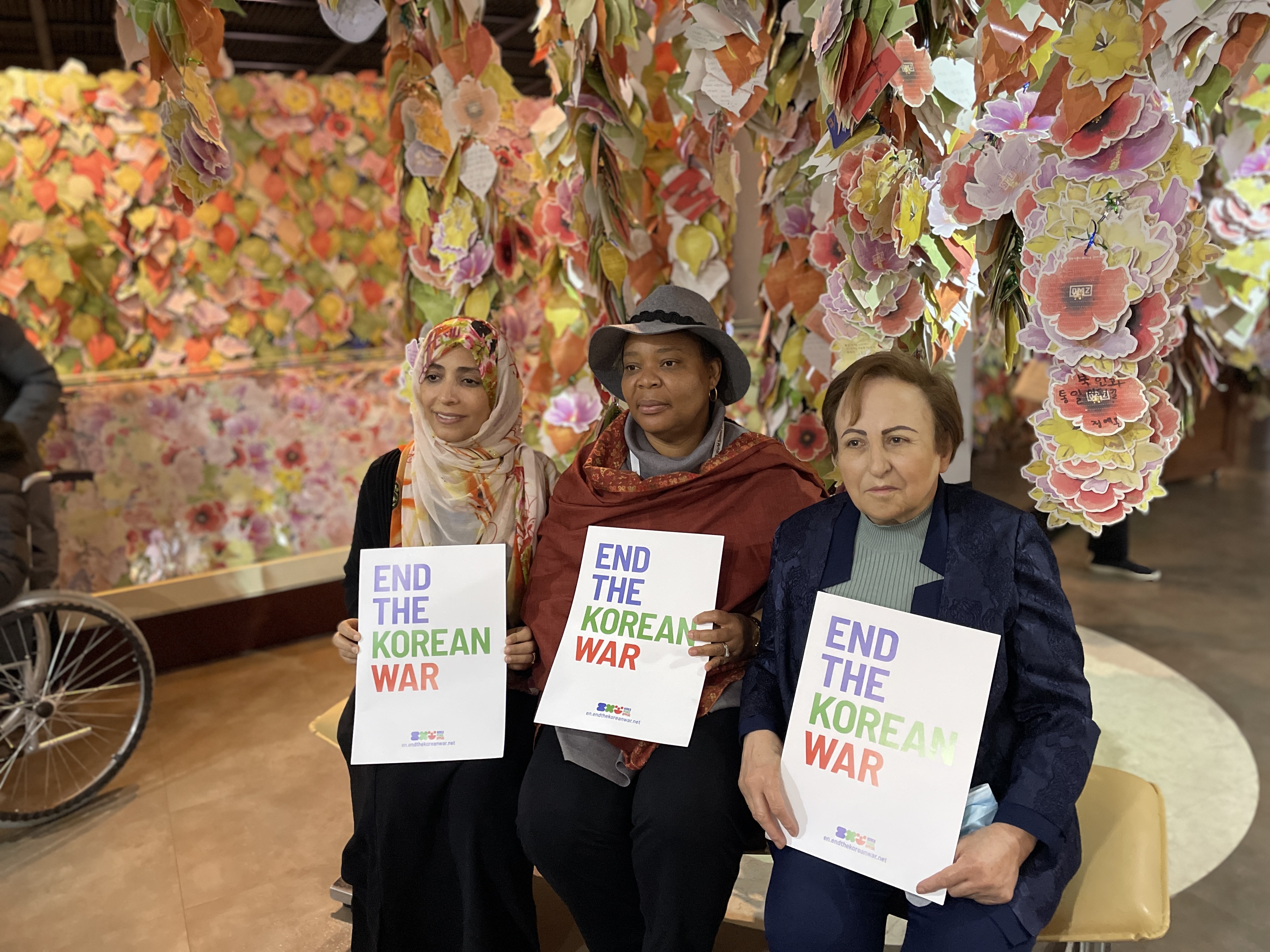 At 2:30 pm on 11 December, Nobel Peace laureates visiting the Republic of Korea(ROK) to attend the 18th World Summit of Nobel Peace Laureates Gangwon held a meeting with the Korea Peace Appeal: Peace Campaign to End the Korean War and Korea Peace Now! campaign at the education center on the 2nd floor of Goseong Unification Observation Tower to talk about the unfinished Korean War and peace on the Korean Peninsula.

Han Mimi, World YWCA Vice President who has a separated family from the Korean War, stressed that the war is still not over for 70 years, which aggravates the pain of the separated families and a formal end to the war and peace is an urgent need. Also, she said that dialogue is the only way to resolve the growing military tensions on the Korean Peninsula and appealed to the Nobel Peace laureates to play a key role in peace and reconciliation on the peninsula. Kailash Satyarthi, an Indian activist for children’s rights who won the 2014 Nobel Peace Prize, said the pain and suffering of families separated in India and Pakistan due to a sudden separation and independence are like the situation on the Korean Peninsula and suggested the Nobel Peace laureates who gathered in Goseong, a symbol of division, make every endeavor to raise voice for the importance of dialogue and peace even after going back to their home countries.

Through this event with Nobel Peace laureates, the Korea Peace Appeal Campaign and Korea Peace Now! campaign reminded the international community of the situation on the Korean Peninsula ahead of the 70th anniversary of the signing of the armistice agreement, and asked to join them to ease military tensions, resume dialogues and promote peace on the peninsula. After the meeting, they took group photos holding the banner and also wrote and hung messages of peace at the DMZ Peace Museum.

In addition, the Nobel Peace Laureates signed the Korea Peace Appeal and shouted for peace on the Korean Peninsula together.