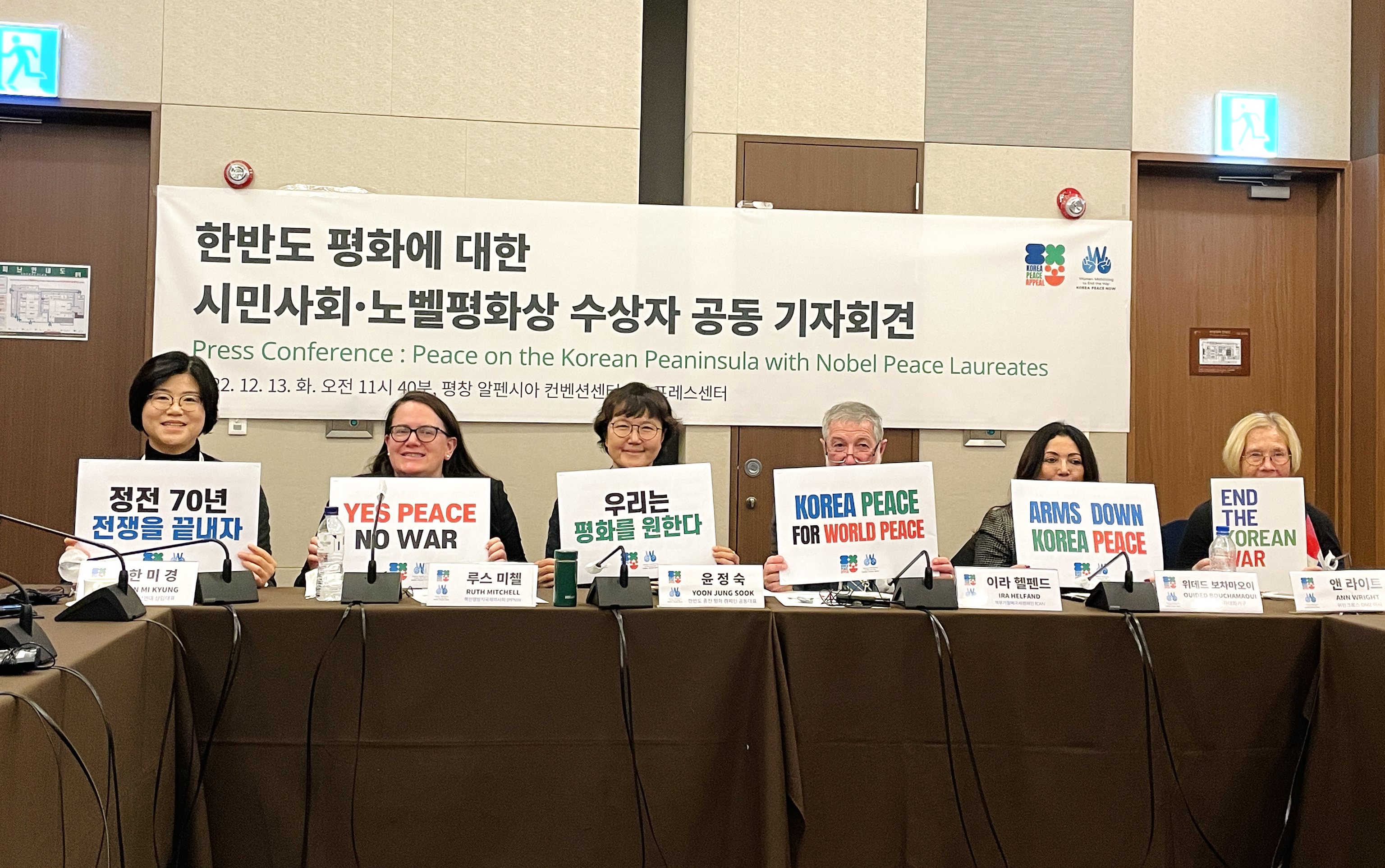 The Korea Peace Appeal Campaign and the Korea Peace Now! campaign held closed talks with the Nobel Peace laureates at 11 am on 13 December, Tuesday and shared awareness of the escalating military tensions on the Korean Peninsula and requested them to work together to end the Korean War and build a peace regime. In addition, we shared the civil society’s plan for 2023, the 70th anniversary of the signing of the armistice agreement, asking for practical suggestions and the participation of the laureates. Based on their experiences, Nobel Peace laureates emphasized the importance of an integrated approach and priority adjustment. Moreover, they advised that symbolic peace actions such as crossing the border or ‘opening the border for even 48 hours’ are necessary to expand international participation in the 70th anniversary of the armistice.

Ira Helfand of International Campaign to Abolish Nuclear Weapons (ICAN, the 2017 laureate) expressed concern about the escalating military tensions on the Korean Peninsula and stressed that all of us should cooperate to overcome the situation. He added that if we could come to an agreement in Korea that ends the war, it would be a model for dealing with other conflicts across the world, showing how we build and make peace although the situation here is very dangerous.

Ouided Bouchamaoui, Founder of Tunisian National Dialogue Quartet (the 2015 laureate) stressed that we need to call for peace in a way for peace of all of us and that each small step to bring peace everywhere can make a big difference.

Ruth Mitchell, Head of the International Association for the Prevention of Nuclear War (IPPNW, the 1985 laureate) said that the Korean people have already suffered and struggled with the burden of war and she hopes it makes a step toward world peace to end the war in the Korean Peninsula.

Lastly, Ann Wright, a board member of Women Cross DMZ and a retired colonel who served the US Army for 29 years, emphasized that maximum pressure and strategic patience haven’t presented us with any solution and what is needed now is to work to reduce the tensions and offer dialogues. She then strongly urged that the Korean War should end as soon as possible. 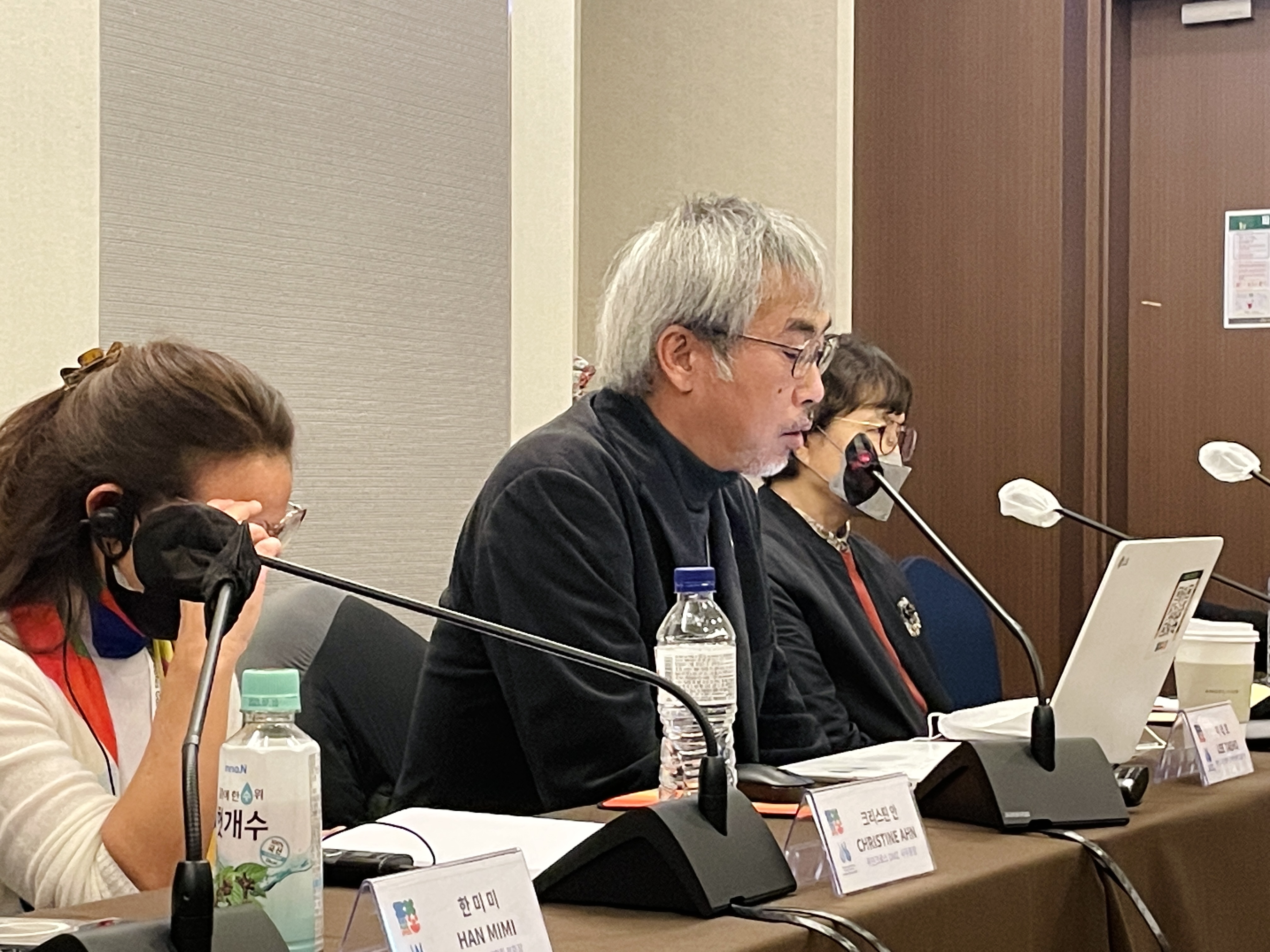